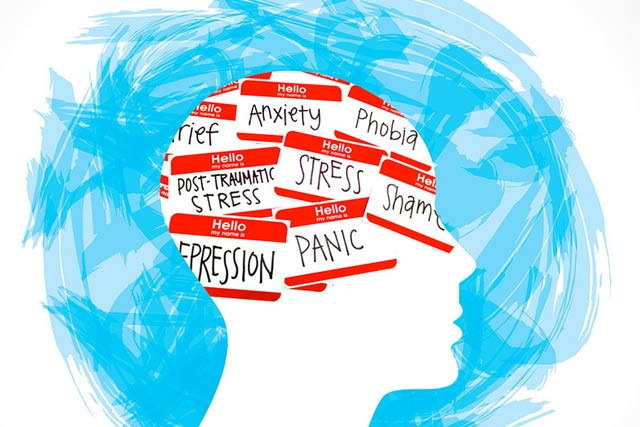 Several studies have been conducted to find out the relationship between social media and mental health. According to the concluded reports, a deep association between social media use and depression, anxiety-like mental illnesses do exist! But how is social media casting such a great impact on our intellectual well-being? Is it going to effect even more? Or will we be able to find out a solution to this universal problem? Let’s go through certain facts and figures and explore out the answers to these questions.

Why Social Media Is Bad for Mental Health?

I can not say that social media and mental health are interrelated because of just one or two factors! There are several direct and indirect influences upon this statement. Since youth is the part of the population that has access to social media platforms the most, therefore most of the factors attribute to them. Check out below!

1. Affecting the Quality and Quantity of Sleep:

More than necessary use of social media, could directly your sleep timings. I do not have any doubt about this because I also exposed to electronic screens before going to bed hence increasing the time of social media use and decreasing the amount of time I should be dedicating to my sleep. Not only the quantity, but the quality gets affected adversely too. Usually, after long hours of social media usage before sleep, when I wake up, I feel dizziness and laziness. That is because I did not have a good quality of sleep, and it now has a significant impact on my mind and intellect.

Scientific research related to the general physical being concluded that social media usage is highly associated with poor sleep quality! A growing body of evidence has been provided by conducting several surveys that could relate to the fact that this is one of the negative effects of social media.

Would you prefer to travel to your friend’s home to study together when you can easily get done using WhatsApp? Or any other social media account? OBVIOUSLY NOT! This is how social media has caused a sharp decline in the number of social activities we used to do. I think this can be a positive aspect of social media, i.e., to get done with your work faster than before. But on the other hand, it is also limiting the face to face communications and hence promoting distant friendships and relationships.

Lack of social activities and in-person communications can also greatly affect our mental health. The British Journal of Psychiatry is considerable proof that real-world socializing is better than digital socializing for human beings.

3. Exposure to the FOMO (Fear of Missing Out):

Passive use of social media, i.e., when you are using your accounts to check out other’s activities and successes, creates a feeling of inferiority complex inside you. This leads you out to the condition which is commonly called FOMO, the fear of missing out. I also have experienced this condition and trust me, when you start comparing your life with the lives of people on social media, you start disregarding yourself in every matter of life. A major direct effect of FOMO is the lack of confidence and lesser self-esteem. This mental state also gives birth to inadequacy and ungratefulness.

People also start considering themselves useless, and hence this, in extreme cases, lead to the disgraceful act of suicide!

We all are well aware of the fact that news spread like fire on social media. If somebody gets to know about some fake interesting information about you, they can put it on Facebook and hence use it against you to threaten you! THIS IS HOW EASY CYBERBULLYING IS! Social media platforms are the pathway that leads to such criminal activities and hence destroys the emotional health of people who are a victim of it. If you have never been a target of such crime, be super thankful! Because cyberbullying has been embedded in our generation’s mindset, such firmly, that nowadays, one out of every seven people have been subject to it.

I am of the personal opinion that if social media accounts get more secured, such harmful acts can be eliminated from our society. However, crime will still find its way out if it wants to! The best thing you can do is NOT to TRUST EVERYONE online. There are plenty of fake accounts, that get you into major trouble, once they know important information about you.

Now the introverts reading my article might think that social media is the easiest way out to avoid live conversations! Though this fact can be a positive effect of social media for them, after all, humans are social well beings! I am an extrovert, and I do need considerable social activities not to make myself feel lonely. But no matter whether you are an introvert or an extrovert, if your spouse or friend is sitting in the same room as yours, busy on their cell phone without giving any heed to you; you might develop some feelings of loneliness sooner or later!

Social media may also cause you to become shy, socially awkward, and less able to deal with the world. Tackle your social insecurities and fear, learn to get out of the world of social media, and expose yourself to more healthy face to face communications!

While social media is responsible for making you feel inferior, it can also make you feel superior to everyone else, hence indulging you in an eternal mode of self-obsession! When I used to post a lot of selfies and daily life activities on Facebook, I started feeling like I am the most privileged amongst all my other friends, and this took me to another level of self-confidence. No doubt, gaining confidence is very important, but being overconfident is something that looks totally unprofessional and lame too, sometimes!

Also, Excessive self-centeredness is not only unhealthy but negatively affects your personality too! The article ‘social capital and mental health’ by Kwame Mackenzi make this opinion clear, too, that feelings of selfishness may also be produced due to over usage of social media, hence clearing out that a connection does surely exist between social media and mental health.

I will advise you to make good use of social media and help your community grow in a better, healthier way. You can do that by avoiding cyber crimes, being more friendly, concerned with other’s problems, and being mature enough. This is all about the relationship between social media and mental health. I hope to see you soon with another interesting blog article that could help you understand the different complexities of our society and make you a better person, physically as well as mentally! Make sure to drop down your queries in the comments box below, until next time! xx

Jennifer Zilin
A passionate blogger who has been around the blogging community for over 6+ years and still loves all things WordPress. I love to do building websites, writing content, and helping authors self-publish.

What Is Pname Com Facebook Orca? And How To Fix It

Common Mobile Spams And How To Avoid Them

How to Create High-Quality Product Videos

How to Get iMessage On Windows PC | Step by Step Guide

How to Delete Spotify Account | Step by Step Guide

Save up to 95% of Your Credit Card Processing Fees

Looking for an informatively equipped gadgets & tech blog? For all the nerds and tech-savvy whose entire universe revolves around exciting innovations, inventions, and discoveries; Tech Disease has got your back! Browse more to update yourself with the trending articles, latest news, and product reviews!
© Copyright 2020 Tech Disease - All Right Reserved